The Reviews: The Rat Pack ...and ME 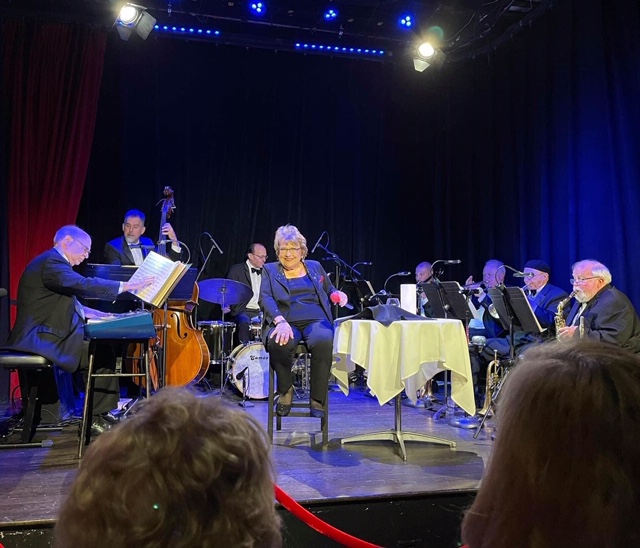 Last night, if you weren’t at the Club Cafe’s Moonshine Room to see Carol O‘Shaughnessy’s show, “The Rat Pack and Me,” then you missed a happening. Such events of thrilling entertainment come along so rarely that you have to just pinch yourself that you are actually there and it’s not a dream. Using a tight script written by Jack Neary, Carol spent the evening confiding in the audience about her youthful brush with the famous members of the Rat Pack at the Sands Hotel in 1960. And as she told her story, Carol had the audience in the palm of her hand every moment. In between confidences, Carol wove songs made famous by Frank, Sammy and Dean. Accompanied by the remarkable 7-piece Tom LaMark Orchestra with a full horn and reed section, Carol was in full swing from her opening “Ring a Ding Ding,” to her closing “Just Once in a Lifetime.” And “You Make Me Feel So Young” had a lovely bounce to it. Then there were her ballads, and few people can turn on a dime from raucous laughter to poignant heart wrenching moments like Carol. During “One for My Baby” and “Mr. Bojangles” you could hear a pin drop. Same with “The Hungry Years,” a rarely heard gem recorded by Sinatra in 1976. And everyone enjoyed singing along to “Everybody Loves Somebody Sometime.” Sure, there were a few hiccups, but that’s to be expected with a first performance of a dense 90-minute play with music. Judging by the three standing ovations we can only hope that Carol might do this again, fully settled into the role. She might need a bigger venue and a longer run, because I would bet good money that the whole sold out room of more than 100 people would want to go again, never mind those who missed this show who would want their chance at seeing such an extraordinary performance.